This mother turtle was spotted laying her nest at around 9:15 last night. Yes, last night on the 4th of July not too far from guess what … yes FIREWORKS!! You might think all that racket and flash would scare off a sea turtle even when she is desperate to unload 120 eggs. But remember all species have their own unique (but not better) way of sensing the world. Differences are especially marked for marine species. Life in the ocean requires a very different set of skills to survive than life on land.

Lets first address the racket. Historically, sea turtles were thought to be deaf as they don’t have clearly visible outer ears like mammals do. Not so, sea turtles have an internal ear on each side of their head that is covered by a thick layer of scales, skin, and fat that probably aid underwater sounds in reaching a turtle’s inner ear. As low-frequency sounds travel the farthest and are the most prevalent in the marine environment, sea turtles hear many of the natural sounds in their marine habitats. Sea turtles best hear frequencies between 200 and 700 Hz. (Humans hear between 20 and 20,000 Hz.)  So I am betting that much of the racket wouldn’t be heard by mother turtles at all as they don’t even react to sounds over 1,000 Hz. 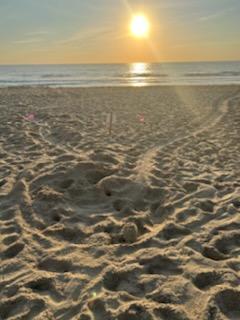 Patriotic loggerhead laid nest 23 on the 4th of July!

Now for the flash. Sea turtles can see pretty well underwater but are short sighted in air. They can see near-ultraviolet, violet, blue-green and yellow light but are not sensitive to light in the orange and red range. Since loggerhead sea turtles feed primarily at an intermediate depth of ocean their eyes are most sensitive to light that can reach that depth.  How would our fireworks impress a sea turtle? Or would a sea turtle on the beach even bother to look to the sky?

The proof is, of course, what happens year after year.  Sea turtle mothers nest on our beaches during the fireworks to remind us how unimpressed they are with our shenanigans! 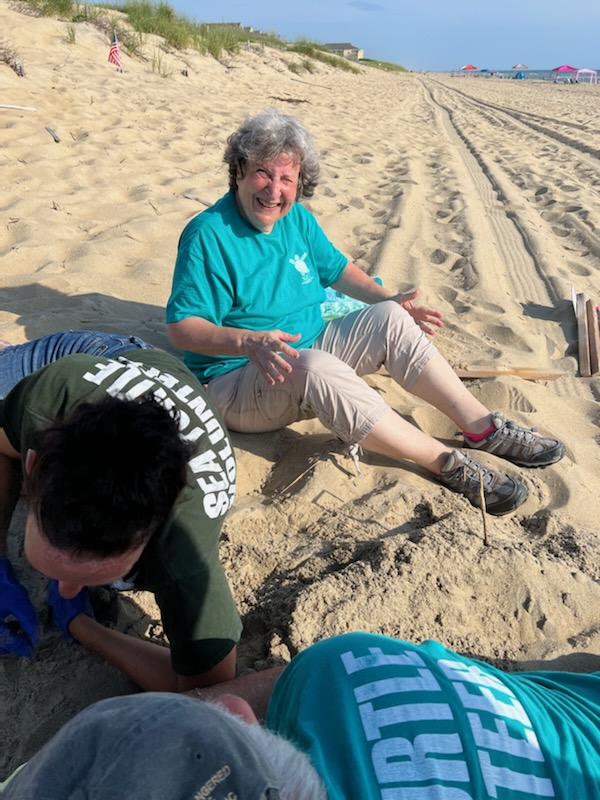 Since the nest was laid in a beach nourishment area it had to be relocated out of harms way. 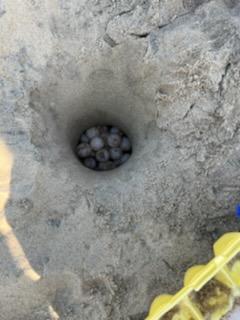 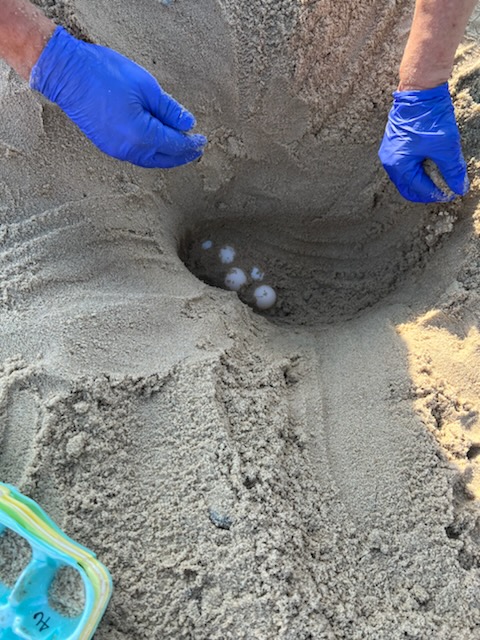 Once the dataloggers were installed, measurements taken, DNA collected and nest was covered and marked, the Team of Nest 23 posed for pictures. 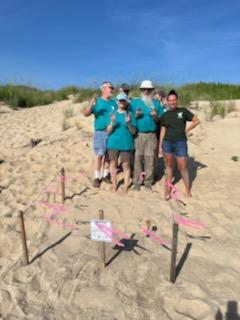