Bluegrass and sea turtles? That is exactly what some N.E.S.T. volunteers thought when N.E.S.T. was offered a space at the 2018 Bluegrass Festival which was held at Roanoke Island Festival Park in Manteo, NC. After thinking about it a bit  the conclusion was that it would be a great way to maybe not pick and grin, but do a lot of grinning when talking sea tur-tel and offer education material to the attendees.

The bluegrass festival was a three day event and Frances H. quickly set up volunteers to supply the needed help. On starting day the booth was filled with education material and N.E.S.T. volunteers were at the ready.

N.E.S.T. sea turtle education material was ready for the event

The N.E.S.T. sea turtle story board created by Elaine and Kenny

Rich explained the N.E.S.T. signs placed at beach accesses on the Outer Banks and people were thrillled to see his little logger hatchling race to the ocean video. 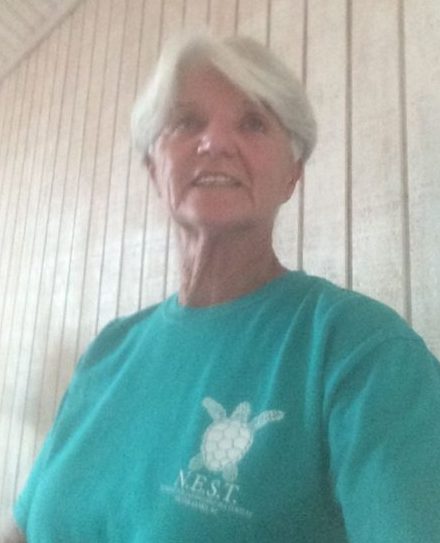 Peggy K had plenty of sea turtle stories to tell other N.E.S.T. volunteers and visitors.

In addition to locals living on the strip of sand called the Outer Banks, the N.E.S.T. booth has visitors from PA, NJ, NY, KY, FL, SC and other parts of NC who showed an interest in one of nature’s finest. 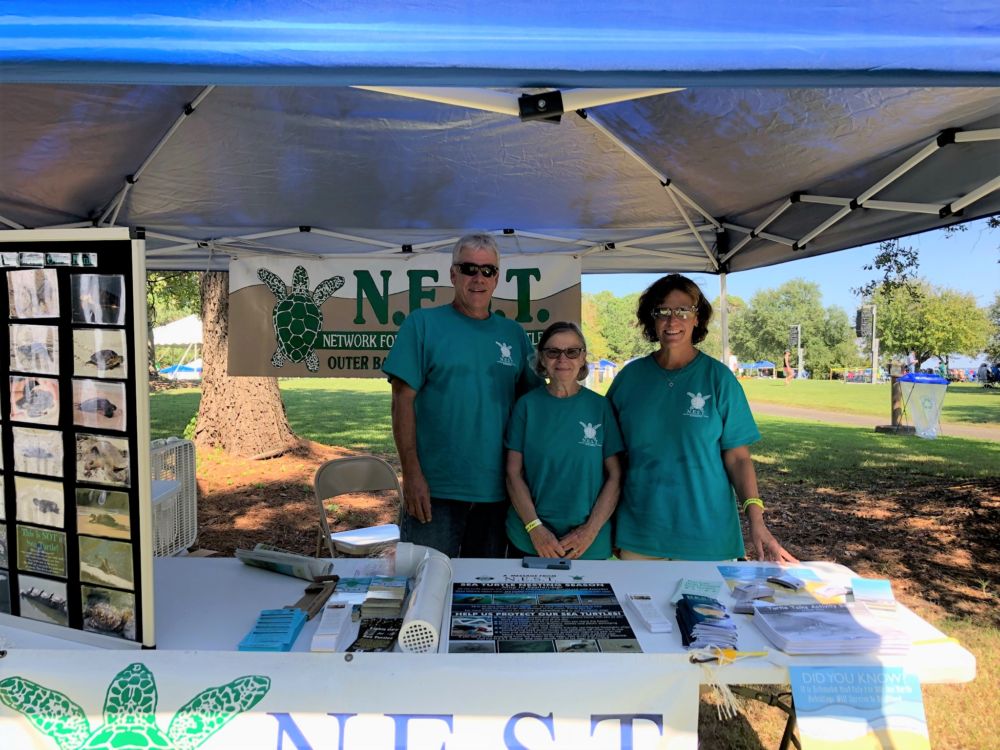 John, Melanie and Chris at the ready to talk sea turtles 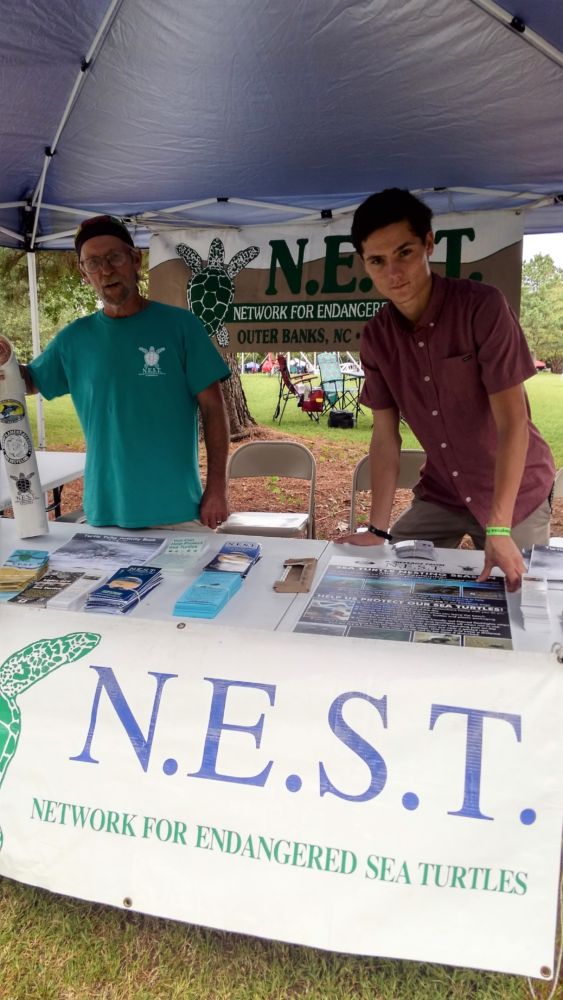 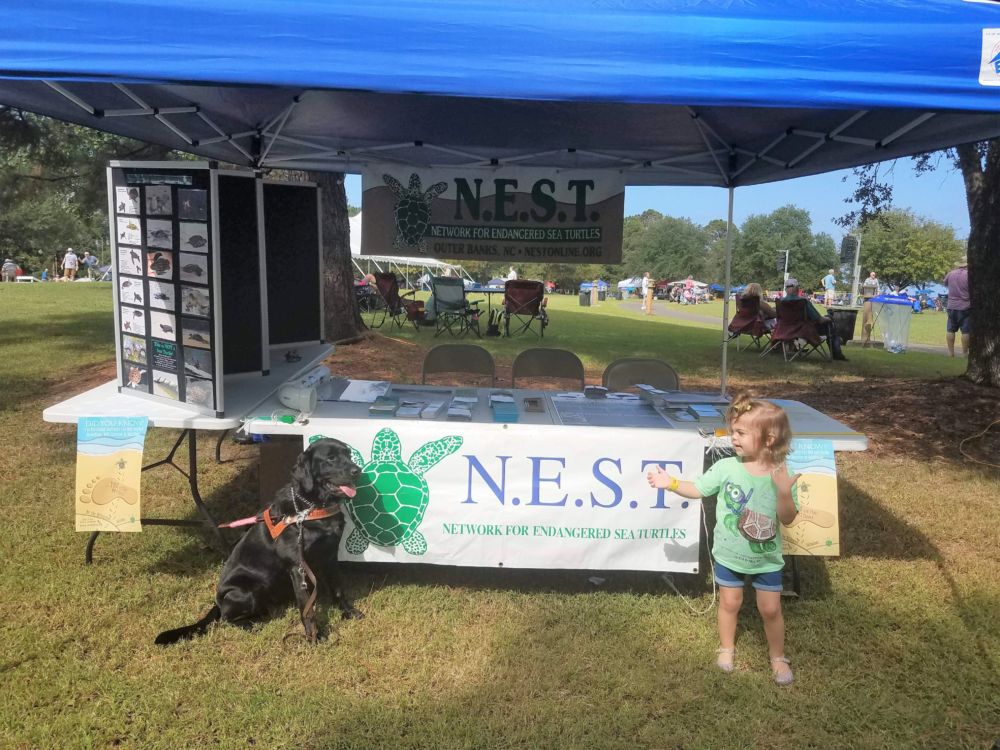 Service dog Carly and crew chief Simone tried to keep a close watch on Elaine and Kenny at the N.E.S.T. booth