Carol and her NEST Education team have been very busy. They have been having great adventures with ‘Turtle talks’!  What an awesome team of turtle lovers.

Earth Day OBX at wildlife Education at Corolla on April 19 was the NEST education group’s first adventure of the season.  There were paper bag turtles decorated, turtles pictures colored and lots of turtle education at the event. 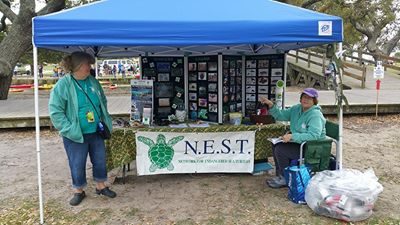 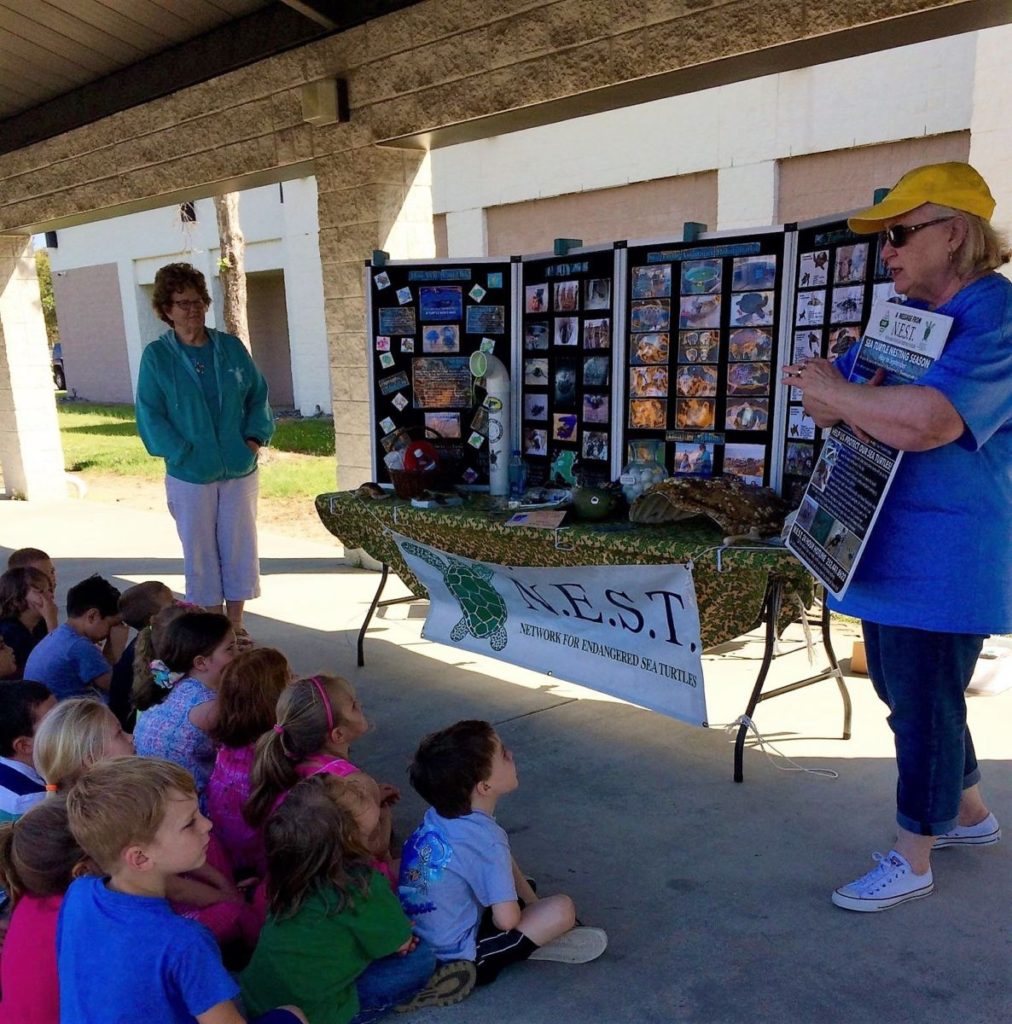 OBX Cares Earth Day event was on April 22nd. It was a fun day, ending with a wind storm. 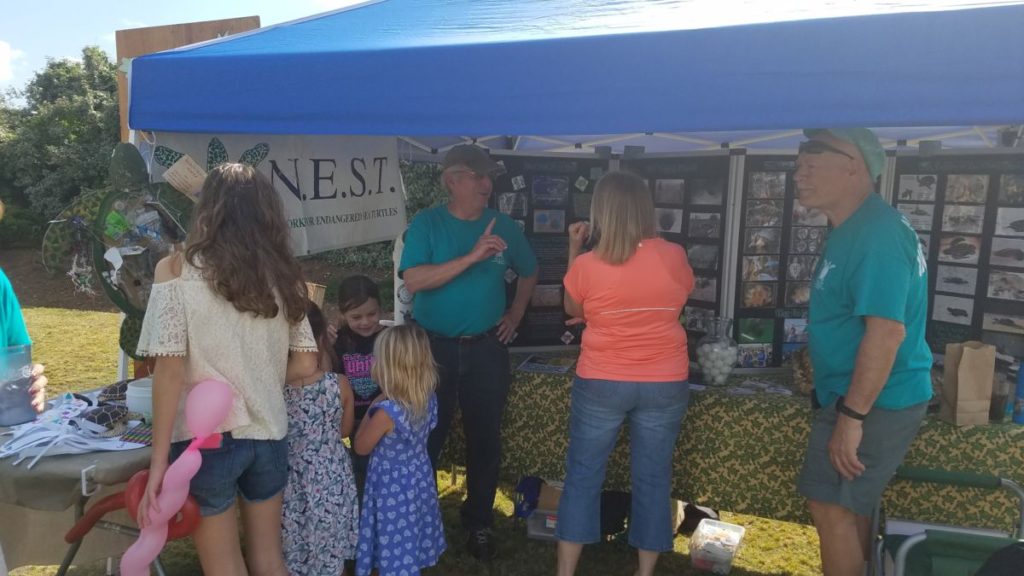 Rick J. and Terry at the NEST education booth

Best day ever was Jennette’s Pier with Group from Elizabeth City on April 29.  A mock sea turtle crawl and nest were made. The children found the nest and we did the measurements and found eggs, everyone got to dig. All the children were invited to be turtles! The response was astounding.  When all the laying and discovering eggs was done, the children were instructed to close their eyes, listen for the ocean and head back to the ocean as turtles! The event was so much fun! The attendees finished the day at the Aquarium visiting real turtles. 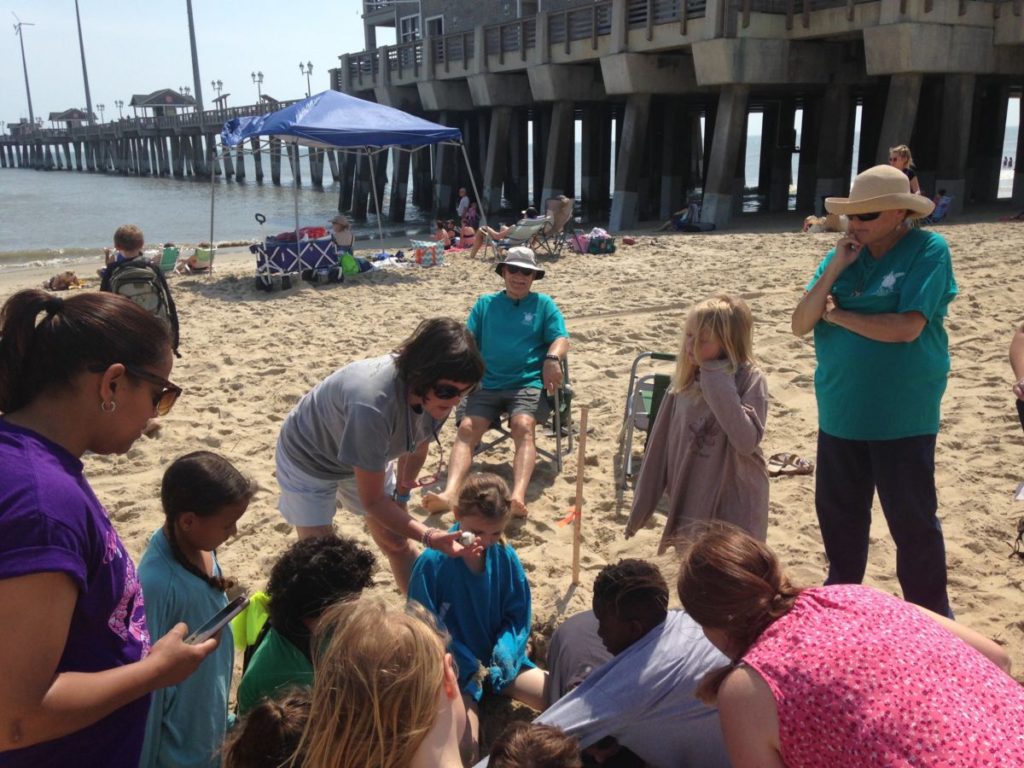 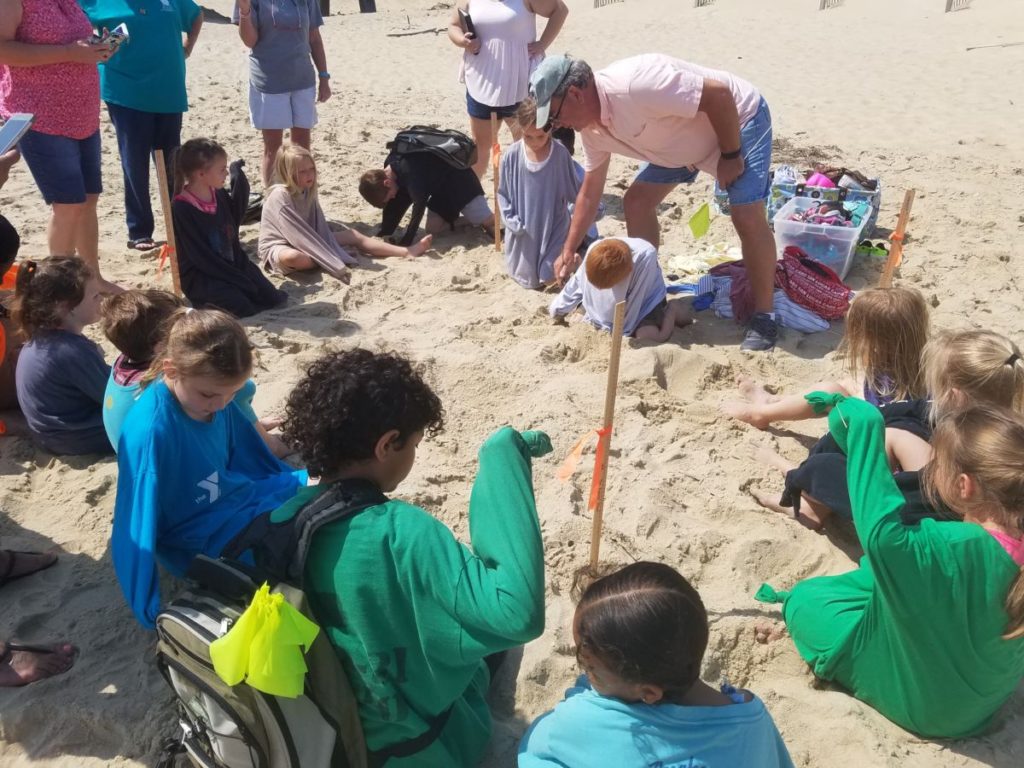